Being brave enough to admit you don’t know what you’re doing. 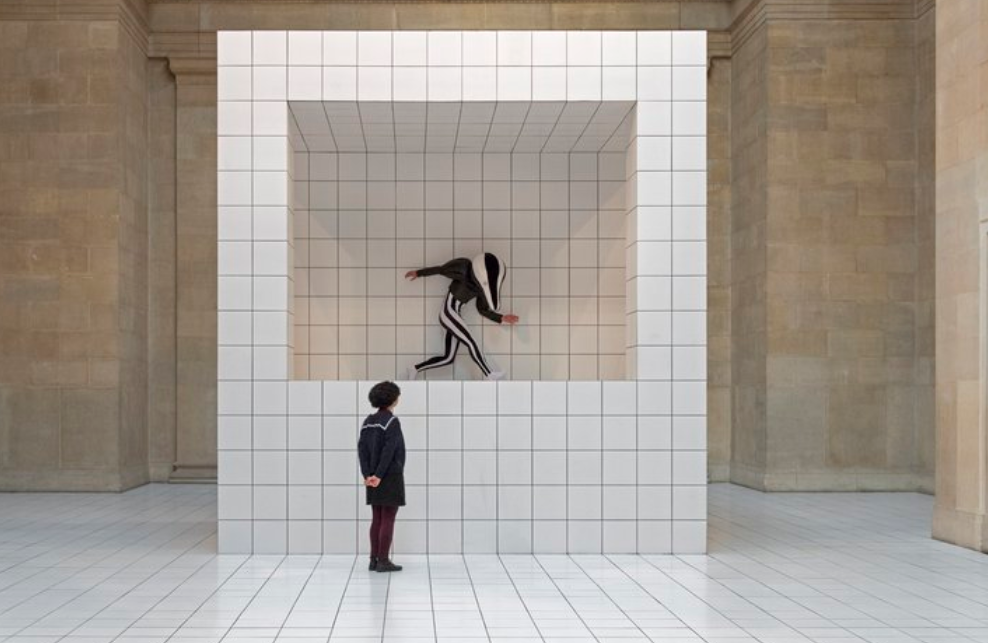 Anthea Hamilton didn't know what to put in the Tate. Eventually she worked it out. Photo: © Tate (Matt Greenwood)

The artist Anthea Hamilton told a scary tale about being offered a commission at Tate Britain – and had no idea what to put into the exhibition.

All she knew was that there should be a pumpkin character, because of some mime artists she’d seen.

The Tate staff would ask her what would be in the exhibition. “We’d keep having meetings, and they’d say, ‘What’s going to happen?’ And I’d say ‘I don’t know’.

“I wasn’t proposing anything. In my head it was like learning to make sense. I only knew it had to be a pumpkin. And it went on like that for ages. It’s the thing that you do, maybe other people do that in their studio, holding on to the unsurety, [and I had to do that] in a room with other people.”

Asked about how she fixed the white tiles to the flooring, she said “Lindsay Young, the curator, great hand holder, she innovated a system, I didn’t know what it was. You’d have to ask her.”

What I took from this

I’ve transcribed much of what she said, because I was taken aback by the honesty and confidence she must have had in being able to constantly say, ‘I don’t know’.

It reminded of the importance of showing humility, of learning from others, of letting them participate in the development of the idea; and yes, of admitting ignorance.

That’s a hard thing to do in a society where people get ahead by being seen to be confident leaders, sure of what they’re doing.

There as a case in point today. I asked my 3D printer about how to squeeze expanding foam into my male torso models, to allow for fixing rods.

He pointed out that the models weren’t hollow. They would have infill, a cellular matrix that fills space inside an otherwise empty 3D print. So the foam wouldn’t go anywhere.

He also said “If you’re just looking for a mounting point, I can add space for a threaded rod in each leg, I would just need to know the diameter of the rod and the distance you would like it to insert into the model?”

That saved my bacon. I would have received the printed models, only to find what I’d planned wasn’t going to work.

So I have to keep reminding myself: be humble, learn from others, let other people participate in the development.

Credit to the Talk Art podcast’s interview with Anthea Hamilton and many other great episodes. Find it here or wherever you get your podcasts.

previousHow much time in the studio? Should we sell direct? Do we need galleries?
nextI’m on the scrounge for free 3D kit